Here are the top news, events, and announcements that shaped and steered the HR industry and labor in the Philippines in September 2017.

The Senate has endorsed its own version of the Tax Reform for Acceleration and Inclusion (TRAIN) bill on September 20. The proposed law, called Senate Bill 1592, provides complete exemption for the first Php150,000 annual taxable income and retains the Php82,000 tax exemption for 13th month pay and other bonuses. It also sets the maximum additional tax exemption for up to four dependents at Php100,000.

The TRAIN bill has gone to the plenary for debates and is expected to be passed by the Senate in October. The Department of Finance (DOF) eyes to have the tax reform plan signed into a law by December 15 and implemented by January 2018. If implemented, the TRAIN will raise the take home pay of 99% of the individual income taxpayers in the country. It is eyed to exempt more than 3 million Filipinos from paying income tax.

To learn more about the Senate’s version of the TRAIN bill, click here.

The Legislative-Executive Development Council (Ledac) has foregone talks about ending contractualization or “endo” (short for end-of-contract) policies in the country. According to a report by the BusinessMirror, Presidential Spokesman Ernesto Abella revealed that Ledac did not tackle issues surrounding security of tenure and employees’ rights to regularization in its meeting on September 20.

Labor groups such as the Associated Labor Unions-Trade Union Congress of the Philippines (ALU-TUCP) have expressed concern over Ledac’s failure to discuss measures against contractualization. Prohibiting endo was one of the campaign promises of the current administration.

ASEAN commits to improving health and safety at work

Labor ministers of the Association of Southeast Asian Nations (ASEAN) have promised to roll out initiatives in order to improve occupational safety and health (OSH) among its member states. The commitment was signed at the conclusion of the 21st World Congress on Safety and Health at Work in Singapore last September 6.

The ASEAN labor ministers specifically vowed to enhance data collection, reduce the social costs of injury and illness, and improve the OSH capability of the private sector. They also intend to promote and share best practices in OSH to protect the safety and health of workers in the ASEAN region.

You can read the ministers’ full statement on improving OSH here.

The ban on forced wearing of high heels at work has officially taken effect last September 24. Regional offices of the Department of Labor and Employment (DOLE) are now expected to inspect companies and monitor the proper and strict implementation of Department Order 178-17, or the “Safety and Health Measures for Workers who by the Nature of their Work have to Stand at Work.”

The order was issued by DOLE in August after calls from various labor groups, who had cited research studies about the health and safety risks posed by mandatory wearing of high heels. The same order also requires employers to give their workers sitting breaks as well as accessible seats where they can spend those breaks on.

DOLE has released the guidelines on the nationwide implementation of JobStart Philippines, an initiative that shortens young people’s school-to-work transition through career guidance, technical skills training, job matching, and referrals to employers for further training, internship, or employment.

Department Order No. 179 contains the implementing rules and regulations of Republic Act 10869, also known as the JobStart law. Filipino citizens who meet the following qualifications can take advantage of the training and referral programs of JobStart: (1) 18 to 24 years old, or at least 18 years old before they reach JobStart’s technical training stage; (2) have reached high school; (3) not in education, employment, or training at the time of registration. Youth who come from low-income households and beneficiaries of the Pantawid Pamilyang Pilipino Program (4Ps) and DOLE’s Special Program for Employment of Students (SPES) will be given priority in terms of application.

You can download the full copy of JobStart’s IRR here.

However, POEA maintains that each level of accreditation is governed by certain conditions. For example, justifying a request for dual or second accreditation requires foreign placement agencies that hire household service workers (HSWs) to have at least an HSW headcount of 100.

To see all the accreditation conditions under POEA’s Memorandum Circular No. 6, click here. 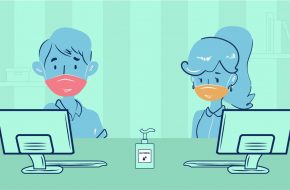 As businesses look forward to the post-coronavirus future, they need to find the balance between what worked before and what needs to happen to succeed in the next normal. Businesses need to implement stringent measures before they could reopen and... 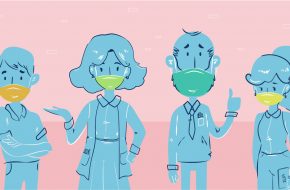 Why Face Masks Will Stay Even After the Pandemic

As 2020 nears its conclusion, people across the world are getting more and more accepting and accustomed to the changes that the COVID-19 pandemic has brought with it. In the West, the mandatory wearing of face masks in public places... 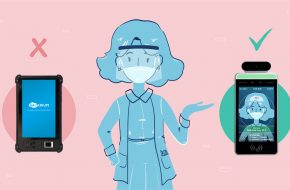 Why Fingerprint Biometrics is a Thing of the Past

As lockdowns across the nation begin to lift and people start to return to some semblance of their daily lives in the wake of the coronavirus pandemic, nearly everyone agrees that the so-called “new normal” will look much different for...