Your Language Shapes Your Company’s Culture

Dietitians and nutritionists say “You are what you eat.” Food feeds our physical bodies, but in the workplace, it’s the executive’s command, and the way he says it, that nourishes an organization’s culture and beliefs.

In an article published by the Harvard Business Review, cultural permission is defined as “the tone, attitude and language that emanates from the executive suite. It is a mantra, expressed in oft-used catch phrases and philosophies that move like waves through the organization.”

Choice of words, manner of execution, and tone highly influence the message an executive or manager is trying to convey to the team. While some employees know how to read between the lines, others take it literally.

One incidence where language lead to the demise of a corporation is Enron’s. Verbal cues like “Money is the only thing that motivates”, “Rank and Yank” and “We’re an aggressive culture” may have lead Arthur Andersen to window-dress and defraud stockholders.

Your employees become what you instruct them to be. Below are three tips on how to improve on your language, and influence to create a better culture.

List down your common used phrases and listen to how you say it.

Or perhaps your using “Just get it done” too much. Reverting to the authoritative “Get it well done” remark shows the degree of expectation you have towards employees.

How you say it also matters. Do you say it on a soft or lofty manner? Be firm and assertive.

Like professional athletes forming a circle in the middle of their home court and shouting “Together!” you may also want to put the team concept in the mix.

“We got this together, all right?”

“Beers on me after work everyone!”

“Watch each other’s backs. Stand up for one another.”

Express gratitude whenever you get the chance to.

According to Bernard Marr, author of LinkedIn’s article entitled “The 2 Most Powerful Words A Manager Can Use,” “[…] we sometimes miss out on the fact that people really want to feel appreciated –and a ‘thank you’ is all it sometimes takes.”

The best thing about saying “thank you”? It’s free. It’s just that some managers feel that if they use it frequently, they’ll lose their stature. In reality, no. Employees will even love you as their superior.

So employees waged the war against city floods just to go to work? Pay credit where it’s due.

“First off, I’d like to thank everyone who braved the streets just to come to work today.”

Or broadcast to everyone how someone saved your company’s file.

“I’d like to sincerely thank our I.T. technician for backing up our files. Without Tom, we’ll start from scratch.”

It’s all a matter of taking the initiative to acknowledge everyone’s efforts and contributions. 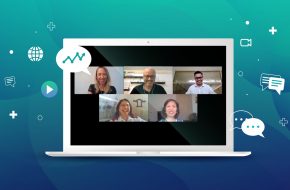 Employee Engagement – How to Motivate Your Staff in the New Normal

As companies transition into General Community Quarantine (GCQ), HR is at the forefront of change. Adaptation will be the “make it, or break it” of your business, so you need to ensure that your employees are efficiently engaged and motivated... 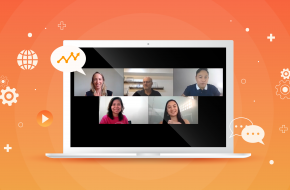 Talent Acquisition in the New Normal: Recruitment During the Pandemic

“Even though there is a slow down when it comes to hiring for us, it doesn’t mean that we stop hiring” Jun Abo, Transcom’s Country Head of HR, said during the recent HR Nation Masterclass webinar. The COVID-19 pandemic continues... 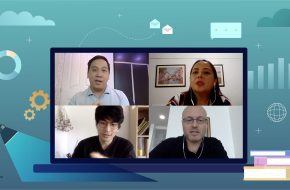 The rapid spread of COVID-19 has forced organizations to adapt to flexible working arrangements in order for their businesses to survive. To help companies proactively and efficiently respond to the challenges brought upon by this crisis, HR Nation held a...